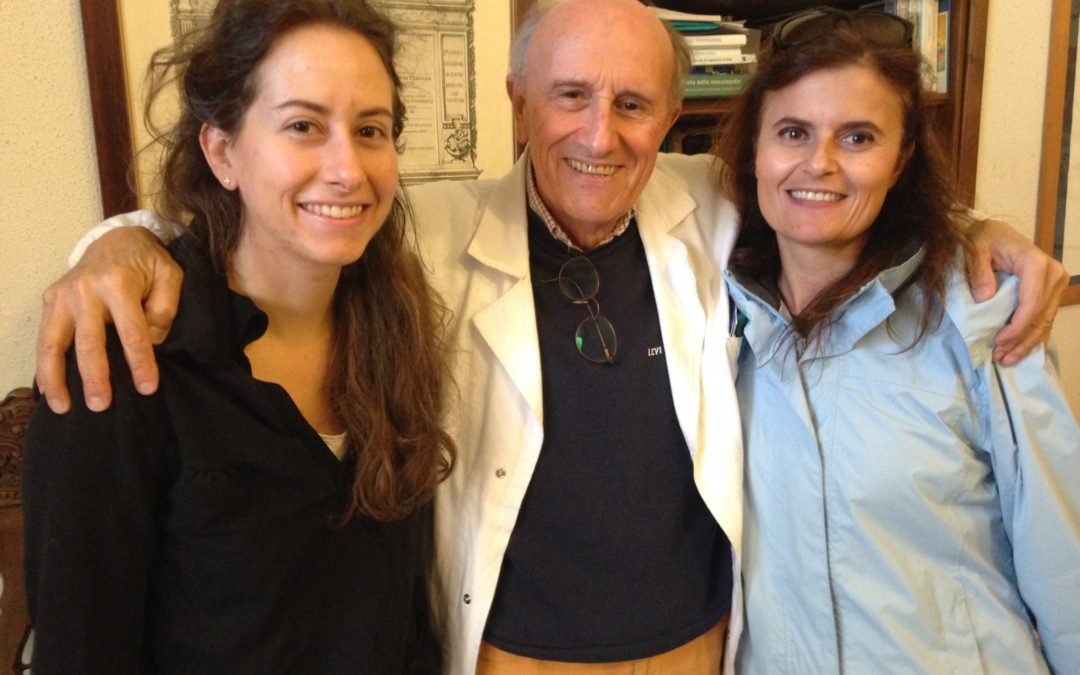 This, my friends, is the Mother of all questions. It’s so right on so many levels.

And if you ask it of yourself, the answer will likely hold a significant clue to the adventure you were born to live.

Last fall my family traveled to Italy to celebrate the wedding of my niece and now-nephew. My husband, Ben, stayed home to care for his dad.

What was it like to be him? Sheer fear, sending me out of the country without him to keep me from, in his words, “getting lost” or “wandering off” or getting into some kind of difficulty from which I could not be extracted. Protecting and caregiving are his gifts. He was consumed with thoughts of how odd experiences just seem to follow me. And, to be fair, I really do have a propensity for getting lost and wandering off.

But here’s what it was like to be me: in addition to being with family on such a happy occasion, it was an opportunity to have an adventure worth writing about. I live for these experiences, although the one that came to me wasn’t exactly what I had in mind.

The day before the wedding, I woke up with a swollen, red gunky eye. I knew I had an eye infection that needed attention, so the desk clerk made an appointment with a doctor she knew in Orvieto, and called me a cab.

Several family members offered to accompany me. But I turned them down because deep in my soul, I knew this was going to be an adventure, and I wanted it all to myself…because somehow, handling things alone made it more of an adventure.

When the cab came, the desk clerk explained to the driver (Indira, who spoke limited English) what I needed. I hopped in, she revved the engine, and we tore off, careening down a few narrow streets and stopping in front of a building that had no indication of occupancy.

She pushed unmarked, looks-like-the-Munsters-live-here door open (it took two hands and a serious lean), and we walked into a dark, empty hallway. Suddenly, out from a door on the left, popped a smiling man who greeted us in Italian. Indira told him who I was, found out how long the appointment was going to be, then headed out the door, telling me she’d be back soon.

Yes. She left me all alone.

The doctor and I sat down at his desk, and it was immediately clear that this wasn’t going well, because he spoke no English and I spoke no Italian. There was only gesturing. LOTS of gesturing. Suddenly, he left the room…and came back with his daughter, who spoke a little more English than he did–a translator! Then he pointed to the examining room: down some stairs to a dimly-lit, cavern-like space with some equipment and a table to lie on. All righty, then. Officially out of my comfort zone.

The examination was an exercise in frustrated translating, all three of us pointing, miming and making relevant noises. Occasionally at the same time. We finally got it straight: my eye was infected and needed an antibiotic. Then there was the question of payment. “How much?” I asked. “70 euros,” his daughter said, which sounded very reasonable to me. Just one small problem, then: I didn’t have 70 euros, and he took no cards.

So. Just as I began to panic because of my insufficient funds, Indira the cab driver reached into her purse, pulled out 70 euros and paid the doctor herself. Then she said to me, “I take you to farmacia to get medicine, then I take you to bank.” I nearly cried with gratitude as she said, “Is okay. No problem!”

I then said my goodbyes to my buddies, and hopped into the cab. We did some more careening down more narrow streets, stopped at the farmacia (where Indira translated again, this time for the farmacista), then at the bank, where I got cash and thanked her profusely.

She dropped me off in town, where I promptly texted my family: “Well, THAT was interesting. I have a story…”

Yes, I know that my husband’s worst nightmares could have become reality.

But I made three new best friends, saw a part of Italy that tourists never see, and got to imagine myself in a high speed car chase in a foreign film.

Best of all, my faith in the human race was totally renewed, albeit with a side of adrenaline and apprehension, and an infected eye.

It’s not exactly how I would have scripted an adventure, but I was elated, because I knew my own heart–what it was like to be me in that moment–and followed it.

In the middle of what it’s like to be you today, what kind of adventure does your heart long to experience–in spite of the negative, and maybe even because of it?

(And FYI: Since I understood what it was like to be Ben, I didn’t tell him the story until it was all over. Well played, if I do say so myself.)