Will you make a friend who’s different from you? 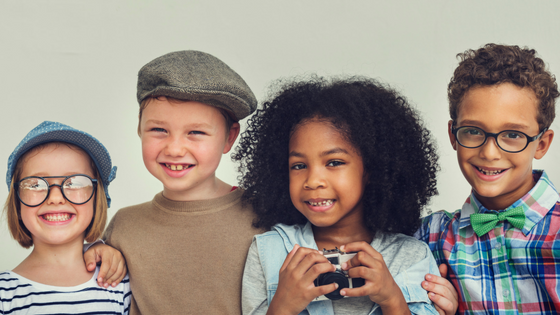 I grew up thinking I was not athletically gifted. It all started in the third grade on the playground during a kickball game. One boy in my class (we’ll call him Butch) was pitching the ball to me. He rolled it, and I ran to nail the thing with all my might, aiming my foot for a vicious attack.

Well, give me an A for effort. I flung my leg in the direction of the ball…and completely missed it. Missed. It. A huge, rubber playground ball. I am not sure how on earth this could have happened, but it did, which was bad enough. But worse, just at that moment, a good stiff wind caught my dress and blew it straight up into my face.

And Butch (being Butch) could not let this pass without a terrible, horrible, no good very bad comment:

I remember wanting to knock the kid into next week, but the wind was still blowing, and I was afraid of ballooning into another sideshow, so I told myself I didn’t care.

Didn’t care? I still remember it decades later. And I remember it as the beginning of the voices in my head telling me that I was not athletic–not coordinated, not graceful, not fast. Those voices ragged me for a long, long time.

It has taken me years to figure out that being “athletic” and being “physical” might be two different animals.

So here’s my latest adventure: I do not care what my BMI is. Don’t pinch me with any calipers to find out what percentage of body fat I’m toting around. I’m not aiming for a number on the scale or a size of jeans.

I just want to be a beast.

And when you want to be a beast, who do you call?

You call my friend, Pat. 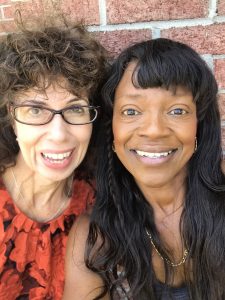 Because she, folks, has arms and abs of steel. But she has also become my friend, teaching me so much more than how to benchpress 100 pounds. Which I plan to do some day.

We met when she was a trainer at my gym, and bonded over pain, which we were both in at the time. Her story is remarkable:

She was a passionate runner from middle school until she was 45, at which time a doctor said, “Your knees are shot. No more running.”

Completely bummed, she asked God to help her find a new focus. At first, it was strength training and low impact cardio. The harder she worked, the more frequently people would say to her, “You need to compete as a bodybuilder.” She resisted at first, then eventually went to a show, and resisted some more…until she finally relented and, in true Pat fashion, went all in. Competitions came and went; she placed fifth, then fourth, then third and second, and then she won. And won. And won, getting her first Pro Card in 2008 and again in 2010–in spite of knee issues, a herniated disk from an accident, spinal stenosis, two hernia surgeries, two meniscus surgeries and some heart issues.

So she reached her goal of becoming a professional bodybuilder…but she’s not stopping there. Her current daring dream? To someday follow in Ernestine Shepherd’s footsteps as the oldest female competitive bodybuilder on record.

I know, because, as her doctor said, “I’ve never seen anyone ‘overcome’ like you.”

And that’s why she inspires me so much. From Pat I am learning how to navigate physical limitations, obstacles that a lot of people use an excuse to quit. Or not even start.

She is teaching me that becoming strong is a process, not an event, and it’s a raggedy, jaggedy journey, never a straight line.

And she is teaching me that no matter how strong you think you are, God is stronger.

True, Pat and I are very different. She is laser focused; I am easily distracted. She is disciplined; I just want to have fun. She is extremely competitive; I am Buddy the Elf.

And then, of course, there’s the most obvious difference between us:

She’s in way better shape than I am.

For this reason, I’m infinitely glad to have her as a traveling companion on my journey to being a proud, fierce Beast in Big Panties.

As you follow your own heart into adventure, will you–for the sake of heaven on earth– find a friend who’s not like you?

Trust me, it’ll make all the difference in the world. Literally.