Is the life you’re living the one that wants to live in you? 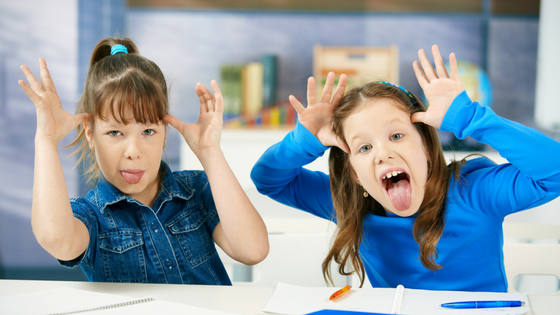 You may be one of my left-brained friends who responds to this question with a “Huh?”

If so, maybe I can clarify: According to author Lamisha Serf-Walls, there are at least seven signs you’re not living the life your soul intended.

One of those signs is, “You’re playing it safe.”

Because, honestly, I think it’s the first inclination of most humans older than three. And that would include me…even way back in the day.

When I was in college, I had no idea what I wanted to do with the rest of my life. When I was finally forced to declare a major my junior year, pretty much all I knew for sure was that I required adequate amounts of fun, and that I loved school. So, I deduced, what career combines school with fun? Being a teacher, of course. That, I reasoned, sounded like a good safe bet. Lots of people did it; surely I could, too. So I declared elementary education my major, thinking that I was officially set for life in a career that was so noble. So honorable. But so–as it turned out–not me.

My first act as an official student teacher was to check out the (itty bitty) bathroom in the teacher’s lounge. After my visit, I pulled on the doorknob to open the door and get out. It stayed locked. I pulled harder. Still locked. I body slammed the door a few times and tried again. Nope.

So I had no choice but to call for help, because the first bell was about to ring, and time was a-wastin’.

Oh, there was somebody out there, all right. Judging from the laughter, I guessed the entire faculty was out there, and they were enjoying my problem a little too much. As it turned out, they–like me–appreciated fun, too, and were making disparaging remarks about the “college kid” locked in the bathroom.

Then some wise guy decided that a little fake advice was in order, and yelled, “HEY, IT HAPPENS ALL THE TIME TO US. JUST TAKE YOUR SHOE OFF AND BEAT IT AGAINST THE DOORKNOB!!”

Did I mention that I was also a tad naive?

So I took my shoe off and beat the living daylights out of the doorknob, as all those people on the outside were rolling on the floor. I actually heard them doing this.

As it turned out, the doorknob really was stuck, so one of them called the principal to come to the rescue. And the only way to the inside of the bathroom was from the outside of the building. So Mr. Principal got a ladder, hauled it outside and proceeded to back in through the tiny window.

Fortunately, he had a narrow backside. I know this because it was facing me for about sixty seconds, which was sixty seconds too long, as the poor man wriggled his way into that tiny space.

Then he stepped onto the heating register attached to the wall. Of course, the register couldn’t take the weight; it detached from the wall, and in slow motion, he hurtled toward me. I fell, and he fell on top of me, and we ended up in an intimate little pile on the bathroom floor.

Yeah, imagine that grand exit from the loo, to the tune of an irreversible reputation as a bumbling blockhead.

Incredibly, the good times rolled even further downhill from there.

In the classroom, I soon learned that even very young children are quite intuitive, and know a pushover when they see one. Suffice it to say that I might was well have walked into their space in a clown suit with a “Kick me” sign on my back.

There was hope, however. Toward the end of the semester, I had a two-week stint student teaching English (my minor) in middle school. Maybe, I thought, I’d do better with older kids.

On the first day, my supervisor left me in charge of the class for a few minutes. In record time, the little gremlins had locked me in the media closet.

Corralling kids was obviously not the life that wanted to live in me.

Mercifully, for the sake of students everywhere, despite my degree, I never taught the first day of public school.

My plan to “play it safe” had come completely unraveled. But–and this is so important– that wasn’t necessarily a bad thing.

Parker Palmer, in his book, Let Your Life Speak, says (and I agree) that’s there’s as much guidance in the way that closes behind us as there is in the way that opens up ahead of us: that “…each time a door closes, the rest of the world opens up. All we need to do is stop pounding on the door that just closed, turn around–which puts the door behind us–and welcome the largeness of life that now lies open to our souls.” (54)

That closed door eventually pushed me toward something that resonated with my heart: going back to school (of course), and teaching young adults. (They paid to be in that classroom! No corralling required!)

And although I’ve been talking about careers here, this advice is for every part of life.

Is your soul urging you to take more risks? (Maybe a particular risk?) To be more proactive? To travel down a different path?

Today would you consider taking one step onto that path?

And P.S. to teachers of children everywhere: Bless you, and my apologies for ever daring to think that this noblest of professions was “safe.” It is not. And I have the dinged-up reputation to prove it.

Have an adventurous school year living the life that wants to live in you.