Who needs your forgiveness? 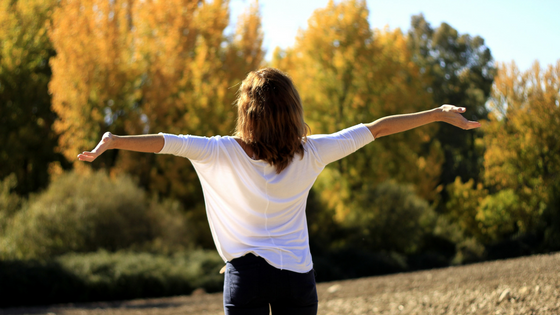 Somebody do you wrong?

Trick question. I know the answer.

Because if you’re breathing, somebody somewhere at some time has done something to hurt you.

So here’s a non-trick question: Have you forgiven the perpetrator of your pain?

Let me be clear about what we’re dealing with in this little space here.

There’s the big stuff, the stories of amazing people who have forgiven the hideous injustices, unthinkable acts, and life-altering wrongs slapped against them (like this). That is a subject that has filled entire volumes, by people who know way more than I do about forgiveness on an epic level.

But I’m inviting you to start small.

I’m talking about the little things that stick in your craw for days or months or years; stuff that doesn’t exactly make you or break you; it just bends you out of shape and sends you on a weird trajectory…maybe toward a strained relationship or dark thoughts about your general worth as a human being.

You know where your tender spots are…what it takes to take you down.

For instance, I am a word-nerd. You want to knock me lower than low? Use your words. And I have recently decided that I need to let a few things go, especially verbiage about my physical appearance.

So here goes, as God and you are my witnesses:

I forgive you, Little Twit, who called me Big Panties in the third grade.

I forgive you, Dear Lady at the preschool my daughter attended, when you saw me buttoning up her coat at the door one day. You looked at my precious three-year old and said, “What a beautiful little girl!” And right after I thanked you, you looked into my face and added, “She must look like her daddy.”

I forgive you, That Guy with whom I had a blind date as a senior in high school, who promised to call me at college. Thank you, by the way, for making good on that promise. I was so excited. I’d only been at school a couple of weeks. We talked for a good twenty minutes, when you said, “Hey our dorm is having a Big Event soon.”

Be still, my heart.

“And, uh, I saw your roommate’s picture in the Freshman Register. Do you think she’d go with me?”

(Honestly–WHAT ARE PEOPLE TELLING THEMSELVES WHEN THEY SAY STUFF LIKE THIS?)

I forgive you, Well-Meaning Person who set me up with That Guy who, when That Guy asked, “What does she look like?” (a perfectly legitimate question. I understand.), replied, “Well, she’s no Miss America, but she’s a lot of fun.”

(Which doesn’t sound like a total bash, but please. Have mercy.)

(Not to mention the fact that “a lot of fun” can be interpreted in a number of unsavory ways.)

These words (plus a few more) from my past have been festering comfortably in a corner of my mind for many years. I’ve written about them, even laughed about them…but part of me still hurts when I think about them. They make me feel insecure and unattractive all over again, resurrecting old (and some current) insecurities.

But I’ve decided that it’s time to set those wounds free at last. Somehow, giving my intentions words and sending them out to you has been my first step.

So. Someone has lobbed a few zingers at you, too.

Or somebody used no words at all when you needed them.

They didn’t speak up or show up.

Or somebody let you down. And then failed to pick you up.

A parent. A spouse. A son or daughter. A friend. Even a stranger.

The ways and reasons why we hurt each other are endless.

Furthermore–and I’m just guessing here–somewhere along the way someone has had to forgive you too.

But there’s hope in that bleak newsflash, since forgiveness really can be an adventure.

There’s a risk, of course. We have to let go of some really comfortable indulgent self-pity and fill our minds and hearts with something else, since giving up all that wound-licking should leave a lot of space.

And aren’t we often afraid that if we forgive, we’re conceding that what that numbskull did is okay by us? Which it is not. Ever.

But here’s the remarkable part:

And it’s entirely possible at any given time for us all to move up a grade.

Even if it means saying,

I forgive you, Ex-Boyfriend, when we were going through a tough time, and you said, “I don’t know why I keep hanging around you. You’re sure not the prettiest girl I’ve ever been out with.”

Fortunately, one does not have to forget to forgive. Because when it comes to words, baby, I ain’t forgettin’ much.

But I can definitely let that one go into the file marked Whatever. Buh Bye.