What can you do when there’s nothing you can do? 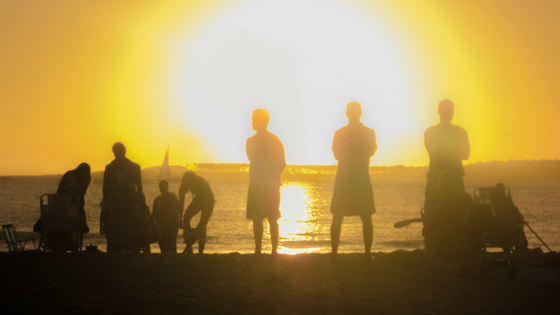 People mean well, they really do.

And when a friend is in crisis, they appear at the scene of the suffering, armed with the best of intentions.

As in this, which actually happened:

My friends Fred and Ethel (names have been changed to protect the guilty) were great pranksters, and decided one day that it would be fun to take a sponge cake to their friends, Lucy and Ricky. And I do mean a sponge cake. As in, made out of a real sponge. They cut the sponge to look like a layer cake, iced it up with some chocolate frosting, placed it on a decorative plate and brought it to their friends as a gift. Then they waited a few days for a response.

In the meantime, Lucy and Ricky had some friends who’d had a death in the family and, as we know, the first response of most people to death is “bring food.” They were short on time, and decided to take Fred and Ethel’s beautiful untouched “sponge cake” to the grieving family as a sign of their care and concern.

Days passed. When Fred and Ethel finally could stand it no more, they asked Lucy and Ricky how they liked the “sponge cake,” to which Lucy and Ricky had to confess, “Well, to be honest, we gave it to the grieving Cleaver family…”

Fred and Ethel, appropriately mortified, told them the whole story, to which they responded also by being appropriately mortified…and they all wondered what in the world the grieving Cleavers were thinking of their crass sense of humor. When they finally got the nerve to apologize, they found the Cleavers to be most forgiving, if not fairly confused for a while.

We may fumble from time to time, but when someone is in crisis, often our first response is to spring into action–doing something, anything, and we’re often frustrated by our inability to make the pain go away, despite our frantic efforts.

Fortunately, Eugene Peterson has some advice–oddly comforting, though maybe not what you’d expect. He says this:

Suffering is a mystery…

In our compassion, we don’t like to see people suffer. And so our instincts are aimed at preventing and alleviating suffering. No doubt that is a good impulse. But if we really want to reach out to others who are suffering, we should be careful…not to do our “helping” with the presumption that we can fix things, get rid of them, or make them “better…”

So instead of continuing to focus on preventing suffering–which we simply won’t be very successful at anyway–perhaps we should begin entering the suffering, participating insofar as we are able–entering the mystery and looking around for God

My father died suddenly when I was ten. People rushed in with casseroles and fluffy Jello salads and cards and flowers and condolences–trying desperately to tie tourniquets to stop the bleeding.

Which, of course, they couldn’t.

The funeral was on a Saturday. The next day I asked to go to church.

My mom, understandably, was physically and emotionally too fragile. So my big brother took me.

When people saw us and said, “I’m so surprised to see you here,” I didn’t understand it. Church was where I felt safe and surrounded. Why wouldn’t I want to be there?

True, they couldn’t “fix” my father’s absence. But they could hang around with me, and I didn’t have to say anything, because they knew just how my family and I were hurting.

Of course, suffering comes in many forms, not just grief over a death.

There is abuse of every variety.

Every kind of pain, and

Brokenness all over the place.

You undoubtedly know someone who is suffering this minute.

I realize that the “adventure” of helping someone through it involves a risk:

You might need to feel their sorrow with them,

You might be inconvenienced by them, or frustrated by your powerlessness to help.

But here’s the remarkable thing about that: If you sit around together and search long enough, you’ll most likely find Him.

He may be hiding in the cake. Or in a fluffy Jello salad.

Or in your very own hand, holding someone else’s when there’s nothing else you can do.

But that right there, my friends–for now–is enough.