If you had one year to get really good at something, what would you try? 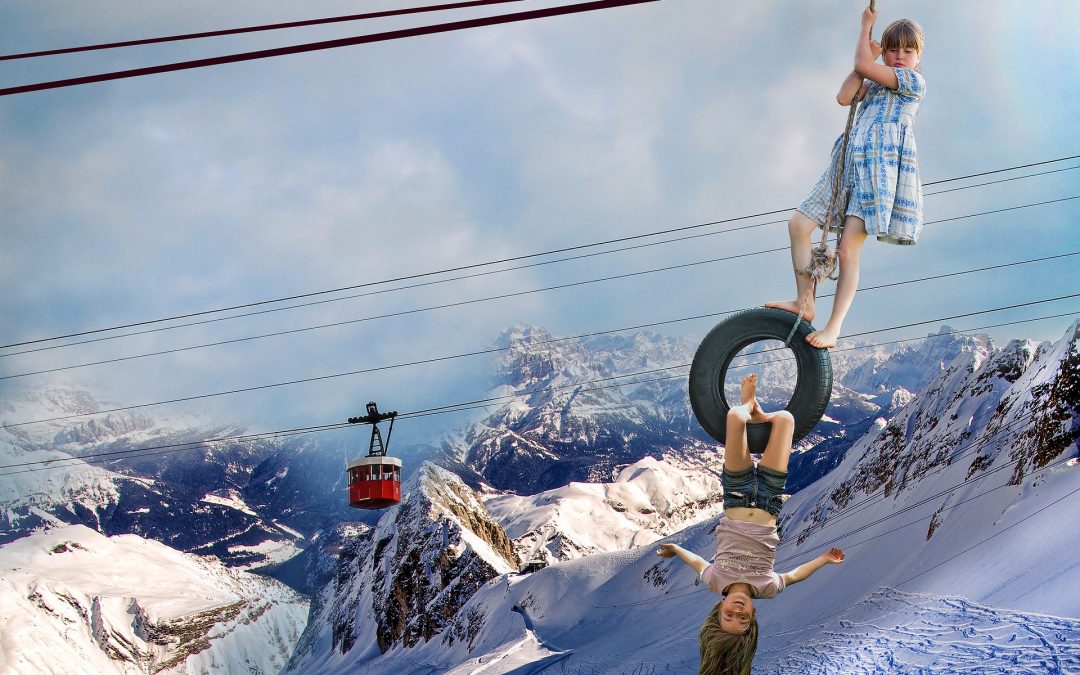 You may have to think about this one, as you fight off the flock of boo-birds attacking your mind, but let’s suspend reality for a moment.

Imagine that you have no restrictions–time, money, opportunity–for one year, and instructions to get out there and get good at something that’s been lollygagging around in your soul for a while. What would you try?

Of course, some folks may have trouble suspending reality for any length of time.  And I understand the dilemma.

This is a risky exercise because, let’s face it, you may find that you’re terrible at the thing you want to do well. On the other hand, you may indeed get really good at it. Or, on the third hand, the whole adventure could evolve into a big ol’ surprise. For example:

At one time I wanted to learn how to entertain without getting all spun up about it. I love having people in my home, but I’m very insecure about my hash-slinging skills. At best, I’m a pretty boring cook; at worst…well, let’s just say that past attempts to actually feed people have not always ended well.

It all started when I was a young bride, and decided to whip up some navy beans.  A friend told me that the best way to cook them was to throw a ham hock in there with them. A ham hock? I was too embarrassed to admit that I didn’t have the faintest idea about what a ham hock actually was, so I said, “Oh yeah, a ham hock. Why didn’t I think of that?” And I scurried off to the grocery store in search of one.

Once there, I rang the butcher’s bell, and asked him to show me a ham hock that was worthy to be put into a pot of beans. When he pointed to a grotesque-looking piece of pig ankle, I wanted to cry. But I figured if the rest of the world was cooking with ham hocks, I’d better get on board, so I bought it and took it home. But to my complete dismay and revulsion, when I pulled it out of the package, I discovered that this piece of meat actually had hair on it! Hair! Coarse, black, nasty hair.

I had no idea how to handle this problem, so I did the only thing I knew how to do.

That afternoon when Ben came home, he saw me intent on the task. “What in the world are you doing with the pig’s ankle?” he asked.

“Tweezing it,” I said, as though I did this every day when he left for work. “You don’t want hair in your food, do you?”

And that was only the first sign of my culinary ineptitude, which later produced quite a number of burned offerings and stunts like cooking plastic bags inside the Thanksgiving turkey. For three years in a row.

The fourth year I had Ben hold the thing in the air while I shined a flashlight up into its great beyond.

The truth is, because of my insecurity, “entertaining” became an exercise in panic, frustration, and totally tanked self-esteem.

One year I thought, “Enough. This is the year when I’ll finally get good at this. I WILL learned to be an unstressed hostess if it kills me.”

I schlepped through endless files of recipes, made lists upon lists, planned every minute of prep and tried my best, but somehow, time after time, the whole process produced only anxiety.

Then one evening, I realized that what I loved about hosting was simply having people over for a good time.

I took stock of my own personality and came up with the perfect marriage of “entertaining” and my style: a tacky party.

The invitations were word of mouth; I didn’t much care who came, and told people to bring strays.

The food was tacky: plenty of aerosol cheese product, potted meat and whatever leftovers were in our fridge.

The attire was tacky. Lots of pajamas, sweats, and polyester, not to mention my Barry Manilow T-shirt. (Do you know how liberating it is to dress for a party, trying not to look decent?)

The behavior of the guests was tacky. No need for sparkling conversation or even small talk, since all we did was play dumb, physical games. (You can contact me for a few of those!)

And the longer the evening went on, the more relaxed and tacky the guests themselves became.

At the end of the evening, I collapsed onto the couch, worn out–from having fun, not from “entertaining.”

And it ushered in a revolution of low- to no-stress hosting that I’m confident will last for the rest of my days.

So. What about you?

If you had a whole year–with no restrictions–to get really good at something, what would you try?

I’ve shopped this question around, and found that people have fabulous dreams of playing the drums and the banjo and the piano. They want to learn improv and give  TED talks. They want to become athletes and  motivational speakers. They want to fly planes and paint like Bob Ross (!) and swing from trapezes. And on and on and on.

I do understand that limitations are real, but your answer to this question will reveal a sweet spot in your adventurous heart…and if you can act on just a piece of it, you may be surprised at where it takes you.

Give yourself props for doing even that.

(And just for the heck of it: bonus points if you can tell me what a person is really supposed to do with the hair on a ham hock…)