What can you find by getting lost? 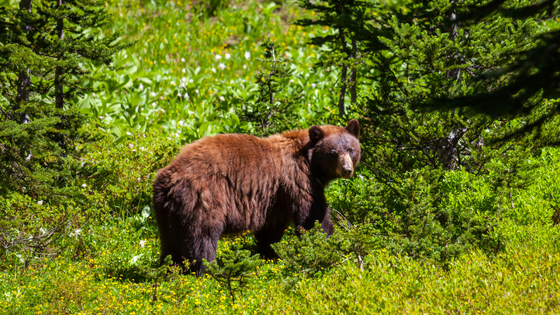 Ever find yourself lost?

You might be a person who traditionally would prefer to cut your head off rather than ask for directions. You might also be a guy. Not that I am even hinting at a connection between gender and requesting assistance with global positioning. No. Not at all.

Siri has eased that tension a bit because, let’s face it, lots of people are quite fine with asking a fake person for directions.

The truth is, though, mostly nobody enjoys being lost.

However, my husband and I learned a while back that there’s a lot to be found when you’re ignorantly wandering around in the wilderness…so to speak..

Ben and I love to hike in Virginia’s mountains, and one of our favorite spots is Humpback Rocks, on the Blue Ridge Parkway. There’s a short, steep trail there (about a 45-minute hike) that leads up to a spectacular view; we’d walked it many times before, and as we pulled up to the Visitor Center one day, I suggested that we take the long way up (about an hour and a half hike) because we’d never done that before.

Ben, the Cautious One, said, “I don’t think that’s a good idea. We’re getting a late start (it was around 11:00 a.m.), we don’t have a detailed map of the area, we didn’t bring backpacks, and since we’ve never done this trail before, we don’t really know where we’ll end up.”

But I, the Impulsive One, said, “Oh, come on. The guy at the Visitor Center told us to just follow the signs. Besides, we need a little adventure in our lives!” So, the Cautious One sighed, capitulated against his better judgment, and we walked. And walked.

You know where this is going.

After an hour and a half, it appeared that we weren’t going to find the sign that said “Humpback Rocks,” so I admitted we should have stuck with the sure thing, and we turned around to hike back from whence we came. After about ten minutes, we started up an incline when I saw Ben, who was forging about twenty feet ahead of me, suddenly turn pale, back up, look at me and say, “Uh oh.”

He motioned at me to stop, and I asked him what was wrong. “Bear!” he whispered, and I thought my heart would stop. We had never encountered a bear before, but we had read way too much about them to want to get a closer look. We knew that this one, if he wanted to, could outrun, outclimb, and outwhack us.

So we turned around and quietly started walking the other way. But to where? We really didn’t know exactly; we only knew we didn’t want to cross his path again.

Fortunately, we ran into a group of four backpackers who had a map of the area, and told us that, according to their map, if we went “thataway” down the Appalachian Trail, it would lead us to the Visitor Center parking lot in a mile.

Overjoyed, I started singing and tripping merrily along downhill, chattering on about how good it felt to be in the home stretch of this fiasco (it was around 2:30, and we’d had no food or water or rest since breakfast).

Mr. Glass Half Empty responded by saying, “We aren’t there yet.”

Well, a mile downhill should have taken us about thirty minutes at the most. After an hour (he wanted to turn back after thirty minutes, but I just had a feeling we would come to the parking lot any second now…until the trail wound around to the other side of the mountain and started going up!), we had to face it:

We had no idea where we were.

There was nothing to do but turn around and trudge uphill for another three hours, back to where we came from back past the “bear” spot…back, back, back, up, up, up.

I must tell you that the Cautious One, now also the Man of Steel in my book, amazed me in a couple of ways. He never wanted to stop and rest. I know that he was partially fueled by adrenaline, knowing we were running out of daylight and that, even if we knew the way back, if we didn’t get out by dark, we’d have to spend the night in the woods with Mr. Bear and who knows what else.

I had to rest periodically, but instead of giving me a hard time about my bad judgment, he was very calm and encouraging (I figured he was saving the verbal flogging for later), never mentioning the fact that, if we had done what he wanted, we would have been sitting around a hotel pool about then, living the good life, and peeling grapes for each other.

As we were about to pass Mr. Bear’s lair, he told me just to keep talking, that we needed to make noise so we wouldn’t startle him if he were still around. So I repeatedly announced to bears at random that, “Well, here come those nasty-tasting, bitter fleshed, overfat hikers. Blechhhh. Who in the world would want a mouthful of that?” while Ben sang the chorus to “Yellow Submarine” more times than I could count.

Around 5:30, tired and hungry, we dragged in to the trailhead, and encountered the backpackers. When they saw us, one of them got on his phone and told somebody, “They’re back. You can call off the search.”

I immediately perked up. How exciting! We’d never had a search party after us before! Because our car was still in the parking lot (we had described it to them earlier) so late, they had called the park service to come looking for us. As it turned out, they found out that their map was outdated, and the Appalachian Trail had been rerouted; they eventually knew they had sent us the wrong way. Had we kept going, we’d be in Georgia by now.

Aside from being a time of concentrated prayer and fasting, this crisis made me see just how strong and patient my husband could be. Also, we actually had a search party looking for us, which was beyond adventurous-sounding, and it made great material for our Christmas letter that year.

But even more than that, it made us realize that even when you’re lost…there’s almost always something remarkable to be found.

If you’ve been thrown off course by something large and hairy in your path,

If you’ve been traveling without sustenance, and it’s getting dark,

Or even if you accidentally on purpose let yourself get a little bit turned around (which is not entirely a bad idea…),

Maybe you too will find

Encouragement from someone who cares about you,

Direction from a kind stranger,

A good-hearted attempt at your rescue,

Or something even better.

If you’re a little lost these days, I invite you to simply watch. Watch for good things that that are happening along the way on your difficult journey, and sing a chorus or two of Yellow Submarine…

until you find your way home.