What makes you uncomfortable? 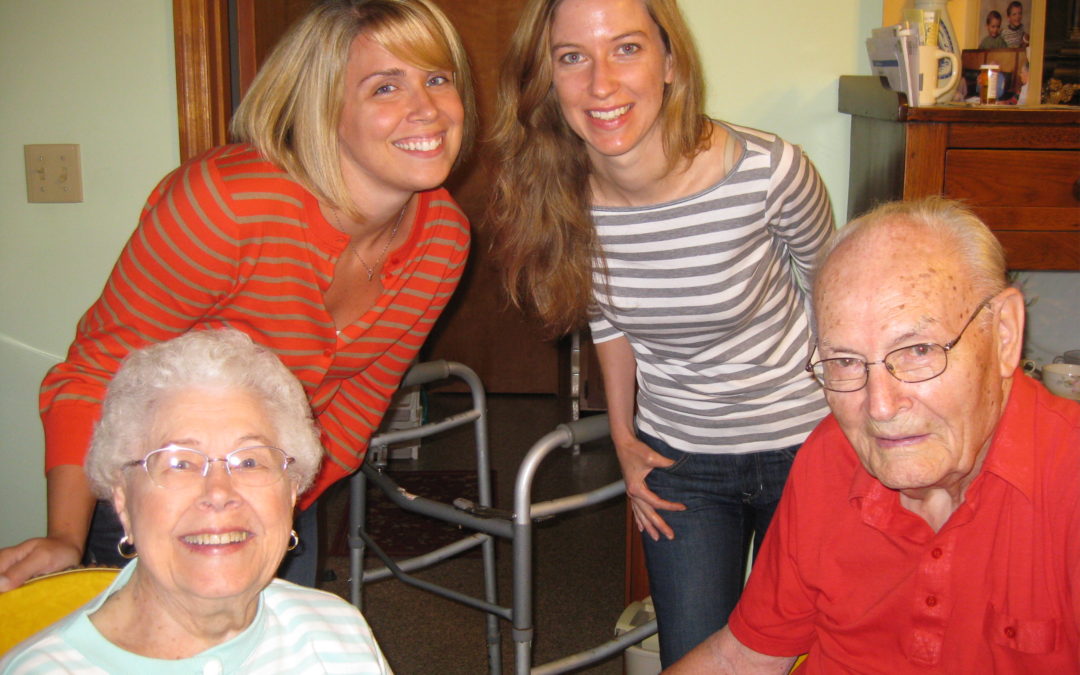 Your answer to this question can tell you a lot about yourself.

And to be clear, I’m not talking about Spanx-type discomfort. (Although that kind actually does speak to me. It says, “No. Nuh-uh. Not doin’ this.”)

I’m talking about the kind that sits in your gut, saying, “Wish I would, maybe I could, I really should,” but then hesitates, because thinking about doing that thing makes those insides of yours churn a bit. And, let’s face it, we all prefer insides with a peaceful, easy feeling.

But haven’t you ever done something that made you uncomfortable, then in the end been glad you’d done it?

I’ll bet you have; and I’ll also bet there are more adventures queued up inside you, waiting for a turn.

So exactly what is making you uncomfortable?

Putting your thoughts out there in a book or a blog?

Fear of lookin’ the fool? of failure?

You’re not alone. But consider this:

Just a few years ago, unbeknownst to her, my mom’s granddaughters were concocting a scheme to ramp up the social life of their 94-year old Grandma Mary.

One day, Mary was showing the girls pictures from an old photo album–pictures of her high school and college days, which included an impressive number of photos of young men–some rather serious boyfriends, some privileged to get “only a few dates.”

As they pointed to yet another guy, asked their grandmother who that was, and she said again, “Oh I dated him for a while,” the girls determined that an investigation was in order. Surely at least one of these gentlemen was still around, still within reach, and still capable of getting pumped about a reunion.

Elated, they struck gold when they found one of them, 96-year old George, on Classmates.com, from the Chester Center High School Class of ’33. As a result of a couple of sly and strategic phone calls, they discovered that George lived only 45 miles away, did indeed remember Mary, and was game for a visit from her.

There was just one small problem, however: Mary had no idea this little pot was brewing up into an adventurous event, and she had to be told. Since she’s my mom, I somehow drew the short straw.

So on a Saturday, we sat her down, and I chirped, “Mom, Becky and Jamie found out that George is still kickin’ lively, and would be real excited if you came for a visit this afternoon.”

“Ohhh, I don’t know about that,” she said, looking a little bit horrified. “He might think I’m trying to start something.”

“But Mom, wouldn’t it be fun to reunite after all these years, and talk about old times?”

“Oh. Well, okay, we’ll tell him you knew nothing about any of this, and it was all our idea!”

After a lot of our cajoling, she relented, and in a couple of short hours we took off, to the tune of my brother’s warning: “If you get there and he’s got Barry White playing on the stereo, get out of there. Fast.”

During the hour-long drive, Mom was having a few second thoughts, but as we pulled into George’s driveway, and saw him at the window waiting, we knew this could be nothing but good.

He greeted us at the door, claimed she hadn’t changed much in 79 years, and ushered us to a big table where we all sat down to look at pictures and talk about their common memories. They had a lot of stories about some place called Blue Lake, where everybody’s parents told them not to go, because there was “too much touching” when they danced.

They all went anyway. Scandalous.

Actually, we didn’t talk much; we just sat and listened to the two of them call up priceless days and moments.

Then George took us back to his bedroom to show us his computer, where he emailed friends, and Skyped with his grandchildren…and where he had pulled up a YouTube video of Louis Armstrong to play for us.

And when, after two hours, we had to go, Mary looked up at George and said, “I’m glad we came.”

We leaned forward in anticipation. It was like a climactic moment from a bad Hallmark movie.

“I just want you to know that this whole thing wasn’t my idea.”

Because, of course, she didn’t want him to think she was trying to start something.

Such a sweet experience…and all because my mom forged ahead through significant discomfort.

Maybe someone needs you to say, “I love you.” Or “I like you.” Or at least (if you’re not trying to “start something”) “I appreciate you.”

Maybe you need to write that book, give that speech, use some gift you have to encourage someone instead of letting it lie dormant because you’d rather play it safe than share.

But friends, the world needs your words, your voice, your heart, your art, your hands, your gifts.

Is God or someone else nudging you?

Because you need to know that putting yourself out there, and taking the hand of an adventure might not even be your idea.

And it may or may not involve Barry White.

But I’m thinking that what emerges as a result of your “uncomfortable” will be some kind of remarkable.