Would you want a young person you love to follow your example? 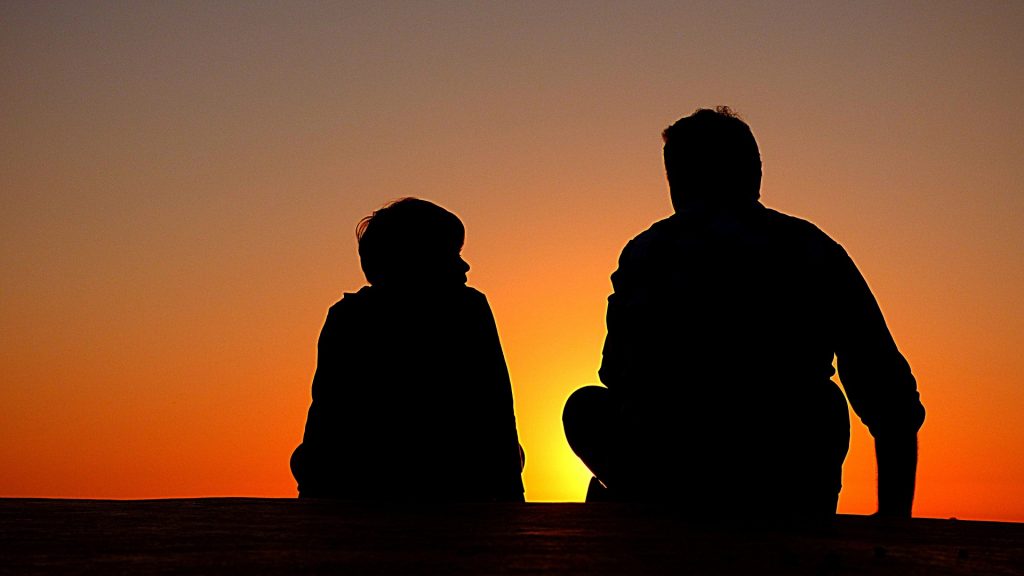 And if you’re like most people I’ve asked, your face is slightly pinched right now because you’re thinking of the negatives first. The “I’ve dones” that you wish you could turn into “undones.”

Join the club, pals. We all have our stories.

Back when I was young and foolish, my husband, Ben, and I went to a costume party dressed as John Travolta’s character, Danny, in Grease, and Mickey Mouse. (I just couldn’t pull off Olivia Newton-John’s look.)  We had a great time, and came home with some extra un-consumed refreshments from the party, most notably an enormous jug of cider.

As we pulled up to our house, I grabbed the cider, and Ben said, “Now don’t drop that.”

Ben is a caregiver by nature. He was born to be a parent. Unfortunately, over the years, he has at times tried to parent his wife.  Which has made his wife a teensy bit defensive.

So I shot back, “What do you think I am?? A child??  You think I’m not capable of transporting a container from the car to the house?? You think I’m gonna lose it on purpose?? You think I’m saying to myself, ‘Hey, I think I’ll drop this big ol’ glass jug of cider on the sidewalk just so I can watch it shatter into a million pieces????'”

I am a dramatist by nature. I was born to overreact. Unfortunately, over the years, I have at times overreacted to about 50% of whatever my husband has said to me. Which has made him alternately irritated and amused.

This time, he was amused.  He looked at me with the faintest of smirks, and said, “Just reminding you,” to which I snapped, “Really DADDY, I don’t need reminding.”

So I hopped out of the car, jug in hand, trotted up the porch steps with my big mouse ears flapping in the evening breeze, and…

Oh, you know where this is going.

I dropped it. And it shattered into a million pieces.

I looked at Ben who, being an inexperienced husband, would say the one wrong thing (the thing that he has since learned never, ever to say again): “I TOLD you…”

And the neighbors were subsequently treated to a fine, if not bizarre, spectacle that night, watching the altercation between John Travolta and Mickey Mouse on the front steps.  Actually, the spectacle was mostly me, because Ben was still smirking away, enjoying the whole thing way too much, which made me even angrier.

Anyhow, we got out the broom and the hose, and cleaned it all up. I was carrying a dustpan full of glass shards to the kitchen when Ben, still being an inexperienced husband, said another wrong thing, with a snarky smile, “Now don’t drop that in here.”

Oh boy, that did it.

I grabbed the first weapon I saw, which happened to be a bag of unpopped popcorn, and threw it across the kitchen at him.

He ducked, of course, so the bag hit the cabinets, burst wide open and sprayed a million kernels of popcorn all over the kitchen.

Again we retrieved the broom, got out the vacuum and cleaned it all up. (Yes, he actually helped clean up the mess I made.  And yes, with that cocky grin still on his face.)

This is where I should have started laughing with him; however, I didn’t. I stayed really, really steamed for quite a while.  I wasted hours and hours of life being mad at myself and at him.

As a method of conflict resolution, would I teach my daughter to throw a bag of unpopped popcorn at her husband? Probably not.

(I was comforted later, though, when an elderly friend told me that, as a young bride, she threw a dozen raw eggs at her husband. One at a time.)

To be fair–I wouldn’t want a young person I loved to intentionally irritate the living daylights out of his wife, either. But that’s a lesson for another day.

I certainly could have handled this conflict in a less stupid way by saying, “Precious man whom I promised to love for better or for worse: If your goal in using this arrangement of the English language is to make me angry, congratulations. You have succeeded.”

Regrettably, I chose the low road.

Am I alone here? I think not.

So let’s try this: Make a list of the ways you would and wouldn’t want a young person you love to follow your example. Sit with it a while.

Then put it aside to focus on the present and the future. (No use crying over spilled cider.)

And when opportunities for bold living come–whether you proactively seek them, or they land serendipitously in your lap–ask yourself, before you act, if you’d want a young person you love to choose this risk in order to experience something remarkable

–in a relationship adventure,

–in a physical challenge,

–in a career change,

–in response to adversity.

And then watch for the holy to happen.

Because, in just contemplating the answer, you’re more likely to do the right thing, the true thing, the brave thing, the thing you won’t regret tomorrow, or a year from now, or at the end of your life.

Somehow, I think, asking ourselves this profound question leads us into great adventurous lives of our own. And we just might leave a less stupid legacy for the young people we love…