Why are you so weird? 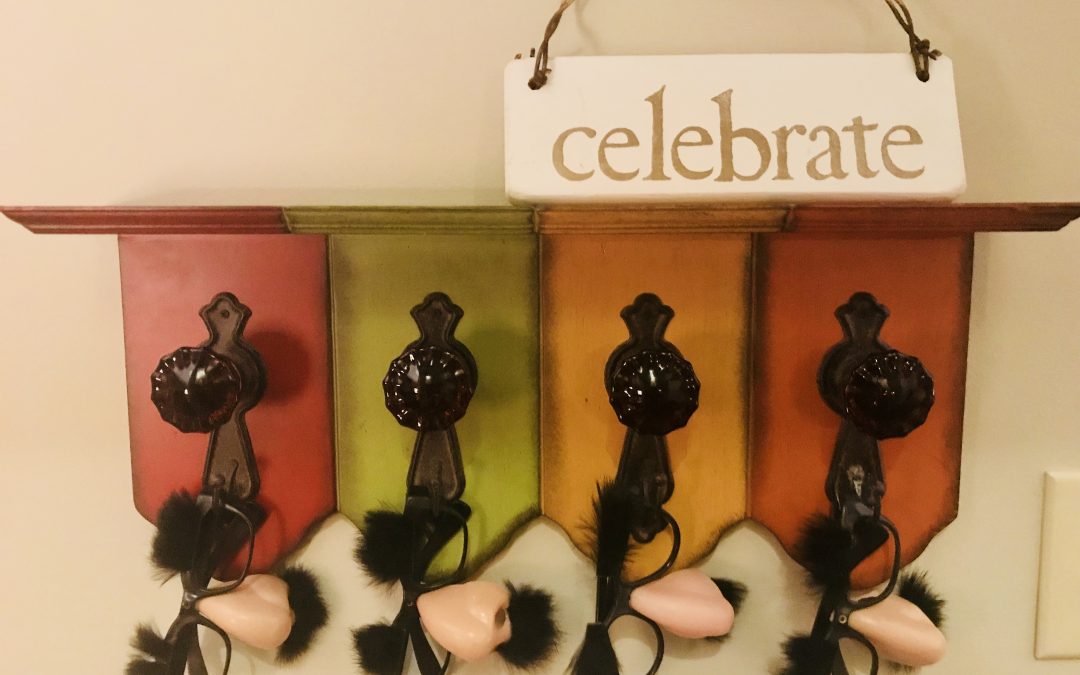 Has anyone ever accused you of being a little bit “different” from normal people?  Maybe you have a small quirk that, according to your friends, makes you slightly weird.

When I first met my Virginia-native husband at Purdue University, I had to ask him to spell quite a few words that I couldn’t understand. His “really Richmond” accent was a major mystery to my friends and me. He couldn’t even order at a restaurant in Indiana, because the wait staff were alternately baffled and amused by that accent.

Then we got married, and I left the land of my birth to learn the language and customs of his people. I realize that this sounds easy, since we were both speaking English, but believe me, it wasn’t. Here’s a small sample of this foreign lexicon. For your convenience, I have included a video pronunciation guide (click here), because if you don’t live in these parts, you will need it:

Uppa country = somewhere else. Not here. It may be north of where you are, but not
necessarily. Really, I’m still trying to figure this one out.

Do what? = multi-use phrase that generally indicates that you didn’t understand the
speaker; i.e., it usually just means, “Huh?”
I know. This response to a question makes absolutely no sense.

To illustrate a conversation in the early days of our marriage:

Me:  What the heck did you just say?

See what I mean?

In the early days of our marriage, it could be really frustrating.

So many, many times, in the privacy of my own mind, saying, “Where did you people learn to SPEAK??”

But gradually, as I lived with this curious dialect, I actually became a little charmed by it. And eventually–I’m not sure exactly when–it began to remind me of things I’d grown to love, like magnolia blossoms and the Blue Ridge Mountains, ham biscuits and a whole bunch of wonderful people.

That’s what the adventure of embracing somebody’s “weirdness” might do for you: take you to a place outside yourself, where one day you realize your world (and maybe your heart) somehow got bigger when you weren’t looking.

And just as important as that, is this: embracing your own peculiarities. Witness:

–Albert Einstein struggled as a child to use language, but said that his slowed development gave him “more opportunities to think about life’s basic elements.” No kidding.

–And Mother Theresa, as you probably know, had this crazy obsession with compassion.

Maybe you have an idiosyncrasy that, according to the people surrounding you, makes you slightly different than the average bear.

Be not ashamed, my friend. Take yourself and your funky ways on an adventure to use them for the common good.

Personally, for example, I love to decorate with Groucho glasses.

They’re all over my house. At one point they were in the half bath that our guests use. Whenever anyone exited the bathroom with the glasses on, I took their picture.

But oh well, because in this humdrum world, how many people walk out of the bathroom laughing?

Also, I am obsessed with asking questions. People tease me about it all the time, saying “Good grief, don’t you ever run out of those things?”

But my mind won’t stop. It’s just the way I’m wired, I guess; therefore, I decided to make an adventure of that annoying habit, to do something with questions that I’d never done before:

I started a blog.

Why are you so weird, then?

I’ll tell you why: to flavor the lives of your brothers and sisters with your God-created uniqueness.

Countless people are desperately hungry for your brand of quirk.

Shame on all of us if we don’t share.

And that’s the truth. Y’all.