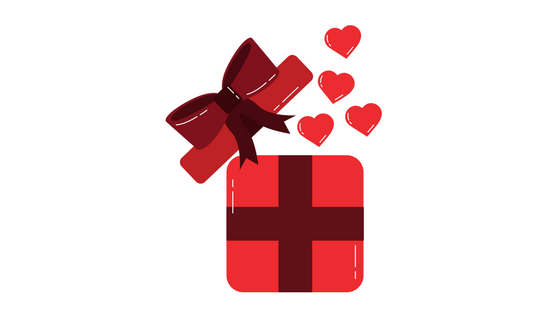 Well, now.  Couldn’t we all just have a field day with this one?

Because something is probably missing from everybody’s life.

Consider, though, that there just might be an adventure hiding in there somewhere if you risk making the effort to restore what’s gone AWOL.

Years ago, my husband, Ben, and I were struggling with infertility. It was taking us on a heavy-hearted journey, our days filled with endless doctor’s visits, lots of poking and prodding, reports of “there’s nothing more we can do,” and prayers that were not answered the way we thought God should be answering. And the nights–oh, they were the worst.

During the day, we could at least be distracted by noise and work and busyness. But when nighttime came, we would lie in the darkness, nothing more to say to each other, on pillows wet with our tears, on a bed that used to be a refuge, a place where we would love and dream. But that bed, the house…even our love often seemed empty at night.

Somehow, the joy and laughter had slipped out of our lives when we weren’t looking. And as Ben’s birthday approached one year, I decided it was high time we brought it back.

Of course, I had a brilliant idea–risky, but brilliant:

I decided to send myself to my husband.

A week before his birthday, I called a singing telegram company and arranged for the messenger to come to Ben’s office and sing a special birthday song to him that I had written. Then I asked for a teensy favor.

“Um, do you think your messenger would mind delivering a package too?” to which the guy on the other end replied, “Sure, no problem.”

“And there’s one other thing…”

“I’ll be in the package, if that’s okay. I thought I’d jump out after the song.”

Then rather reluctantly, he agreed to send the messenger to the lobby of Ben’s office building, where he would meet up with the birthday box. Now all I had to do was figure out how to deliver myself to that point.

For days I prowled around his office building., looking for a box big enough to hold me. (At the time, conveniently, we worked for the same company in neighboring buildings that were attached by a walkway and a tunnel, so I knew exactly where to prowl.)

Finally, Lloyd the Maintenance Man found a huge one for me. It took an entire lunch hour to figure out how to actually get me into the box without breaking my neck, but he thought the whole idea was so entertaining, he volunteered to be my accomplice.

It took another entire lunch hour to wrap the box like a birthday present, but we did it, laughing the whole time about how we hoped this didn’t get us (and Ben) fired.

Finally, the big day arrived. We put the wrapped box on a big dolly. Lloyd hoisted me over the edge and dropped me in, plopped the lid on top and proceeded to roll the whole thing through the tunnel and into the elevator to meet the telegram deliverer in Ben’s building.

If you’ve never been shut up in a box before, I will tell you that, for me, it grew more unpleasant by the minute. I am slightly claustrophobic, and sitting around in a fetal position in a small, dark space is just not my idea of a great time. After a couple minutes, I started to imagine all the things that Lloyd could do to get back at me for this: He could pull the dolly right out the door and shove the whole thing down the steps of the building into oncoming traffic…or he could duct tape the lid onto the box as a joke, and I would never, ever see daylight again…or…

“You okay in there?” he asked, right before my imagination forced me to pop out prematurely.

“Oh sure,” I lied, just as I felt the elevator stop.

“Okay, here we are. We have to quit talking.”

I could feel the wheels of the dolly move, and I heard Lloyd and the telegram man exchange greetings and make jokes about the “nut case inside the box.”

The telegram man then took over, rolled me into Ben’s office and started yelling his name which, as you can imagine, attracted quite a crowd. Then he sang Happy Birthday with a second verse that went:

This message is clear.
You got one last year.
But this time it comes with
This package right here!

As Ben took the lid off the box, I jumped out, gave him a big kiss and watched his face, trying to read his reaction. “Deer in headlights” would probably describe it best. For a split second I panicked, thinking that this time I had finally crossed the line from “innovative” to “stupid.”

But he started laughing. That was a relief.

Then I searched the crowd of onlookers for his boss to make sure he was at least smiling…which he was,.

At that point, I knew I was home free.

Laughter was restored, and we realized just how profound its absence had been.

Is there something missing in your life right now?

Maybe for you, too, it’s joy and laughter.

Whatever it is…would you be willing to do something a little unorthodox, a little risky, to reclaim it?

You may not be inclined to jump out of a box.