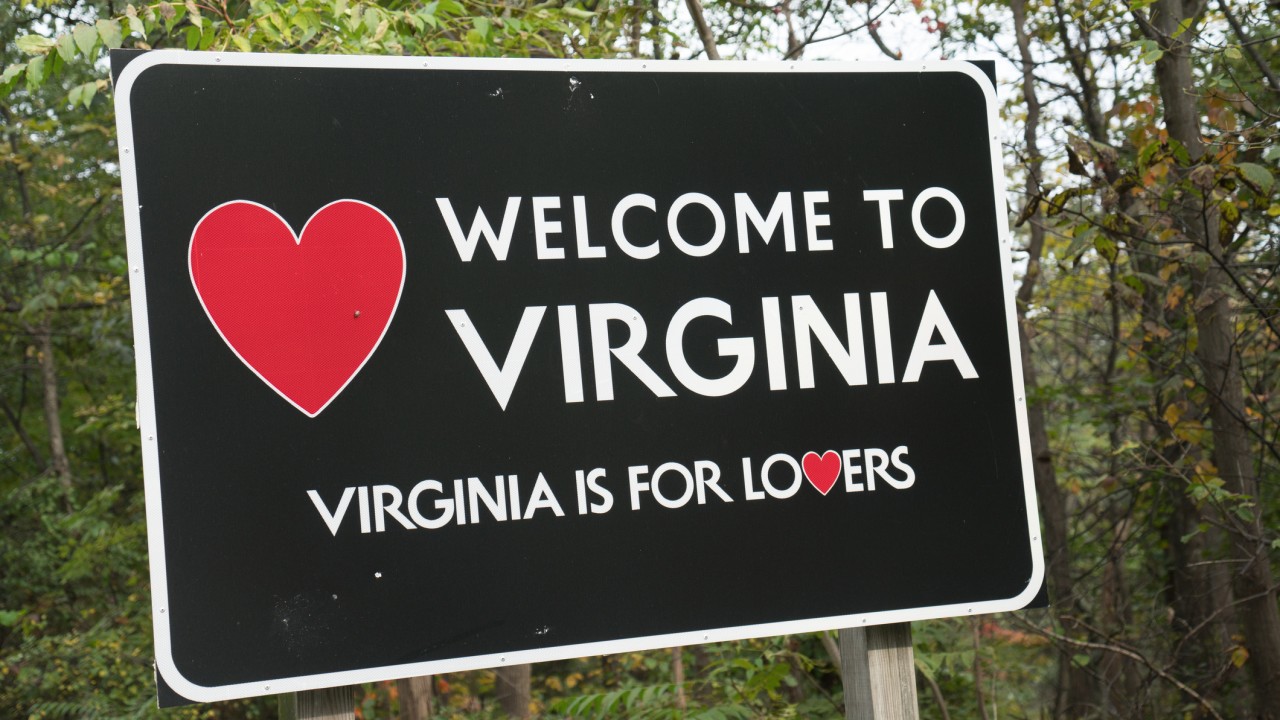 Has anyone ever accused you of being a little bit “different” from “normal” folks?

When I met my Virginia-native husband at Purdue University, I had to ask him to spell quite a few words that I couldn’t understand from his speech. His “really Richmond” accent was a major mystery to my friends and me. He couldn’t even order at a restaurant in Indiana, because the wait staff were alternately baffled and amused by that accent.

Then we got married, and I left the land of my birth to learn the customs and the language of his people. I realize that this sounds easy, since we were both speaking English, but believe me, it wasn’t.

I accused him of being more than super-weird at first, but then learned that (ahem) I was not without my own set of behaviors that seemed strange to him.

The truth is, let’s face it, we were–and still are–a little irregular.

Maybe descriptions of you have included the phrase “one of God’s ‘special’ people”?

Maybe you have a small quirk that, according to your friends, makes you slightly weird.

If that’s the case, take heart, my friend. You are weird for a very good reason, and this episode will encourage you to embrace your unconventionality. And not only embrace it, but delight in it…because lots of people need the joy of your quirk.

Transcript for Episode 23: Celebrate Your Weirdness

If you’re in a tough place right now, your joy may seem like it’s hiding–or gone.

I understand. But it’s still there, I promise, just waiting to be resurrected. And this podcast is designed to help you do just that…no matter what else is going on in your life.

For just a few minutes each week, I’ll tell you a story–one that just might inspire a way to uncover a piece of joy you might be looking for. Then, we’ll consider how it might speak to your life, because even though you’ll hear quite a few of my stories during our time together, I believe you’ll find your own in every one of mine.

Finally, I’ll offer a benediction to send you into your day–or into your night.

So. If you’re up for doing joy shots with a friend today…have a listen.

Has anyone ever accused you of being a little bit “different” from “normal” folks? Or maybe descriptions of you have included the phrase “one of God’s ‘special’ people”?

Maybe you have a small quirk that, according to your friends, makes you slightly weird.

Or maybe someone you love (or not) has a behavior that makes you shake your head or look confused….

When I met my Virginia-native husband at Purdue University, I had to ask him to spell quite a few words that I couldn’t understand from his speech. His “really Richmond” accent was a major mystery to my friends and me. He couldn’t even order at a restaurant in Indiana, because the wait staff were alternately baffled and amused by that accent.

Then we got married, and I left the land of my birth to learn the customs and the language of his people. I realize that this sounds easy, since we were both speaking English, but believe me, it wasn’t.

Here’s a small sample of this foreign-to-me lexicon. For your convenience this week, I’ll include a video pronunciation guide on my YouTube channel, because if you don’t live in these parts, you will need it. For now, you can just listen as I translate:

ote = out
hoce = house
abote = about
Ah = I
moan = am going to
woan = wasn’t or weren’t
goan = going
Diddy = male parental unit
Mumma = female parental unit
Nem = mysterious person who often accompanies Mumma
“carry me” = not as in across the threshold; rather this means “drive me
somewhere”
uppa country = somewhere else. Not here. It may be north of where you are. But
not necessarily. Really, I’m still trying to figure this one out.

Do what? = multi-use phrase generally indicating that you didn’t understand the
speaker; i.e., it usually just means, “Huh?” I know. This response to a
makes absolutely no sense.

To illustrate a conversation in the early days of our marriage:

Ben: Ah moan go ote ta hoce in a minute. Diddy said he woan goan go with us, but
Mumma and Nem said they’d come on uppa country a little later and carry us to
the store.

Me: What the heck did you just say?

See what I mean?

When we were first married, it could be really frustrating.

So many, many times in the privacy of my own mind, saying, “Where did you people learn to SPEAK?”

If you’ve ever moved to a different part of the country, you may know what I mean. It’s no better and no worse than the way you speak…just different.

The same applies to culinary habits and tastes. For instance, ham is king of special occasion meats here, and not just any ham. It must be country ham–super-salty, sliced paper-thin–especially on the curious, most wonderful invention called the ham biscuit. And in this neighborhood, nobody gets married or buried without a massive pile of ham biscuits nearby. In fact, any time where two or more are gathered, there are ham biscuits aplenty among them.

And how ’bout those ham hocks? As a newlywed cook, I once decided to whip up some navy beans for Ben one day. I knew they were good with ham, so I asked a friend about what kind of ham to use.

“Ham hocks are the best,” she said. Ham hocks? I was too embarrassed to admit that I didn’t have the faintest idea about what a ham hock actually was, so I said, “Oh yeah, ham hocks. Why didn’t I think of that?” And I scurried off to the grocery store in search of one.

Once there, I rang the butcher’s bell and asked him to show me a ham hock that was worthy to be put in a pot beans. When he led me over to the meat cooler and pointed at this grotesque-looking piece of pig leg. I wanted to cry. But I figured if I was going to have to cook Southern, I might as well bite the bullet with a ham hock. So I bought it, took it home, and took it out of the package.

To my complete dismay and revulsion, I discovered that this piece of meat actually had hair on it! Hair! The stuff that, should you find it in your dinner at a restaurant, causes you to choke, send your food back, and wait hopefully for a free meal because of it.

This was too much. Was I going to have to cook meat with hair on it? And this was no baby-fine, angel hair, either. These hairs were black and wicked and coarse and nasty. Well, I was way too embarrassed to call my buddy to ask what to do about this problem, so I did the only thing I knew how to do.

That afternoon when Ben came home, he saw me intent on the task. “What in the world are you doing with the pig’s ankle?” he asked.

“Tweezing it,” I said, as though I did this every day when he went to work. “You don’t want hair in your food, do you?”

I’m fairly sure that real Southern cooks know what to do about that little issue, and it doesn’t involve plucking, shaving or depilatories of any sort. Bless their hearts.

It’s so easy–when we’re different in any way–to look at each other and think, “You are so weird.”

But let’s face it, friends, we’re all weird in some way. And if we can celebrate that, we’re setting ourselves up to experience a special kind of joy.

For instance, Albert Einstein struggled as a child to use language, but said that his slowed development gave him “more opportunities to think about life’s basic elements.” No kidding.

And Mother Theresa, as probably know, had this crazy obsession with compassion.

Maybe you have an idiosyncrasy that, according to the people surrounding you, makes you slightly different than the average bear. Be not ashamed, my friend. Take yourself and your funky ways on an adventure to use them for the common good…and the common joy.

Personally, for example, I love to decorate my home with Groucho glasses. They’re all over my house. At one point they were in the half bath that our guests use. Whenever anyone exited the bathroom with the glasses on, I took their picture.

But oh well, because in this world full of humdrum, how many people walk out of the bathroom laughing?

Also, I am obsessed with asking questions. People tease me about it all the time, saying, “Good grief, don’t you ever run out of those things?” but my mind won’t stop. It’s just the way I’m wired, I guess; therefore, I decided to make an adventure of that annoying habit, to do something with questions that I’d never done before: I started a blog. Which led to starting a podcast.

How are you weird, then?

And once you know how, answer this question: Why are you so weird?

I’ll tell you why: to flavor the lives of your brothers and sisters with your God-created uniqueness.

Shame on all of us if we don’t share.

And so, my friend,

May you embrace your unconventionality, whatever it may be.

And may you not only embrace it, but learn how to delight in it.

Because lots people could use the joy of your quirk.

And that’s the truth.

Thanks so much for joining me.

If you know someone who needs encouragement today to embrace their uniqueness, I invite you to share this podcast with them, and subscribe yourself on iTunes, or wherever you listen to podcasts. Or you can go to my website at jillbaughan.com, click on a podcast episode and sign up to receive episodes in your inbox. Just don’t miss an episode, because I so look forward to being with you again soon.

Celebrate your singularity, wherever it takes you, my friend. And always, always remember, if you go looking for joy, you’ll most likely find it.