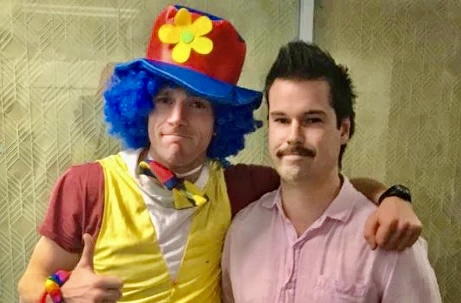 Few would argue with you about the benefits of having one or more people around to give you emotional and physical support.

The challenge for a lot of people—and maybe you’re one of them—is rustling up a willingness to be proactive in calling these people into action when you need their support.

Why don’t we—maybe you–ask for support when we clearly need it?

Maybe you don’t want to “bother” anyone with your challenges, and you feel like asking for support would be an imposition.

Maybe you’re the type of person who thinks that asking for support indicates that you somehow are weak, and you’d rather be perceived by yourself and others as perennially, omnipotently strong.

Maybe you’re an “overgiver,” feeling as though you can only be a “good” person if you only pour out, and never ask to be filled up.

Maybe you have a little self-esteem issue, thinking that no one would want to support you, that you’re not worth supporting.

But friend, God gave us to each other for a reason.  He created you for connection with humans, and designed you with a need to feel supported. Also other people need to feel valued by their ability to help you.

It’s a win/win situation, pals, so it’s important to be proactive in seeking some supportive company along the road.

Like a guy named Josh Thompson did in a crazy way in 2019. That story—one of my favorites of all time—is in this episode to encourage you to surround yourself with people who support you, no matter what.