Podcast Episode 136: Be More than a Hunka Burnin’ Love 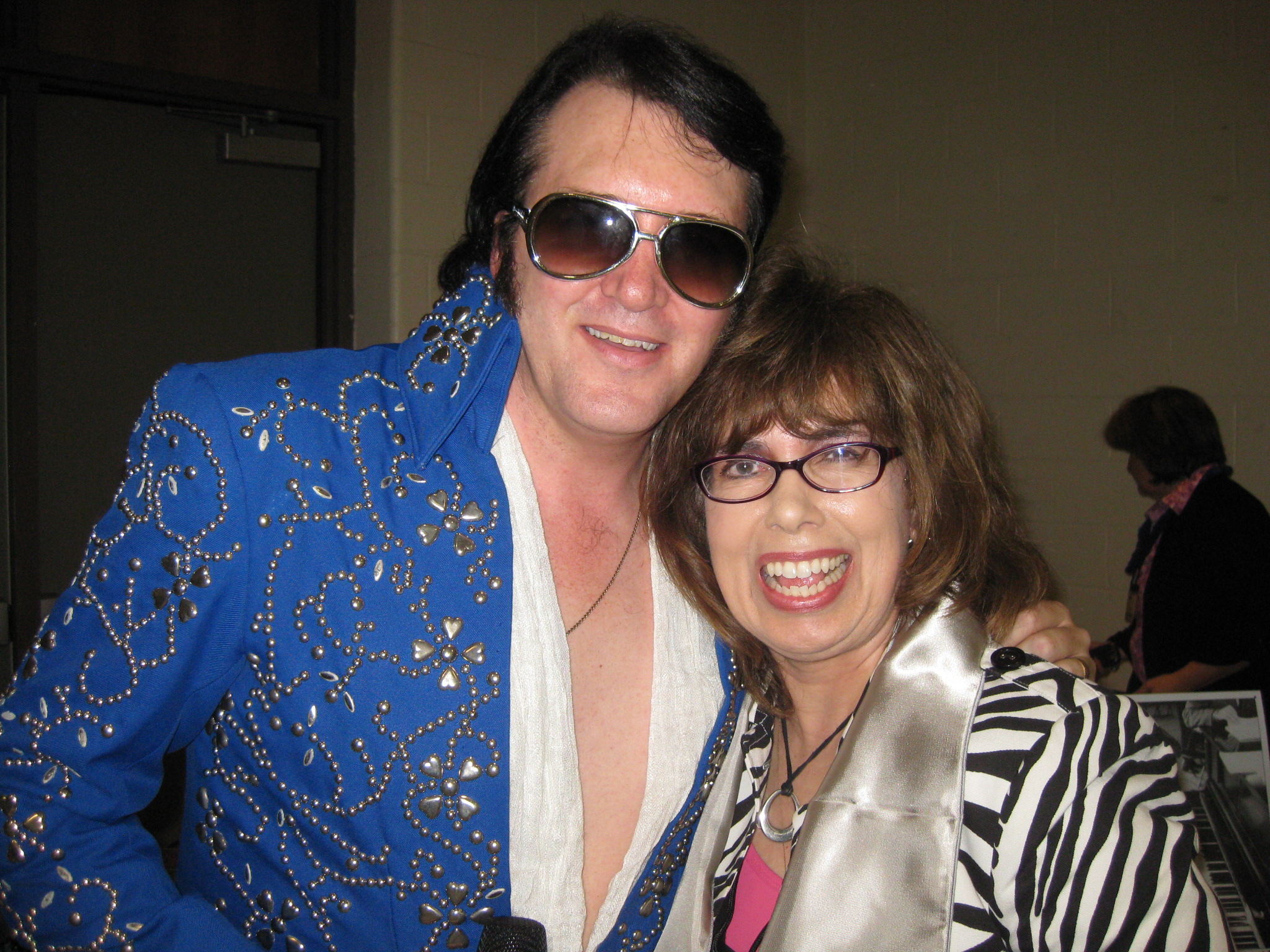 Years ago, I had the privilege of hopping onto a Harley with Elvis.

Not the real one (Elvis, that is. It was, indeed, a real Harley.) but an amazing imitation.

And it was probably just about the last place many people would expect to see an amazing imitation of Elvis—at a national conference for Baptist ministry assistants, where I was one of the speakers.

The opening night of the conference, as I made my way to the gym, I was looking forward to lots of food, lots of music, lots of free stuff and lots of fun. However, as soon as I walked in, I heard some major shrieking and screaming. Alarmed, and fearing that some catastrophe was in process, I asked my friend, “What’s going on?” to which she replied, “Elvis.”

Yes, Elvis was “going on,” in the corner of the room. And he was “going on” with a whole bunch of church ladies. It was a sight to behold, sing about his inability to keep himself from “falling in love with you.”

Imagine my surprise when I asked someone, “Who is he, really?” and she told me, “Oh, he’s a minister. This is his other job.”

And at that moment, I thought I would actually die with delight, if that’s possible. Really, who would even think about dozing in the pew, with Elvis in the pulpit, right?

So of course, a few days after the conference, I had to talk with this guy, and when I did, he left me totally inspired.

Listen in for your own inspiration to take what makes your heart sing and lift the spirits of someone whose heart is heavy right now.